Often, while searching for ancient relics, you can spend all day and find only garbage. But sometimes a few hours of searching can give an amazing result! That day I finished work, and before sunset a few hours remained. I decided to take a metal detector and walk into the nearest forest. At first I was not lucky, there was not a single interesting signal in the forest, only trash.

But an hour later, I heard a signal from a metal detector. It was something iron, but long. Without expecting anything special, I dug … To be honest, I did not even understand how it happened. In front of me lay a bayonet for a Mosin Nagant Rifle. It was not deep, at a depth of 3-5 centimeters. 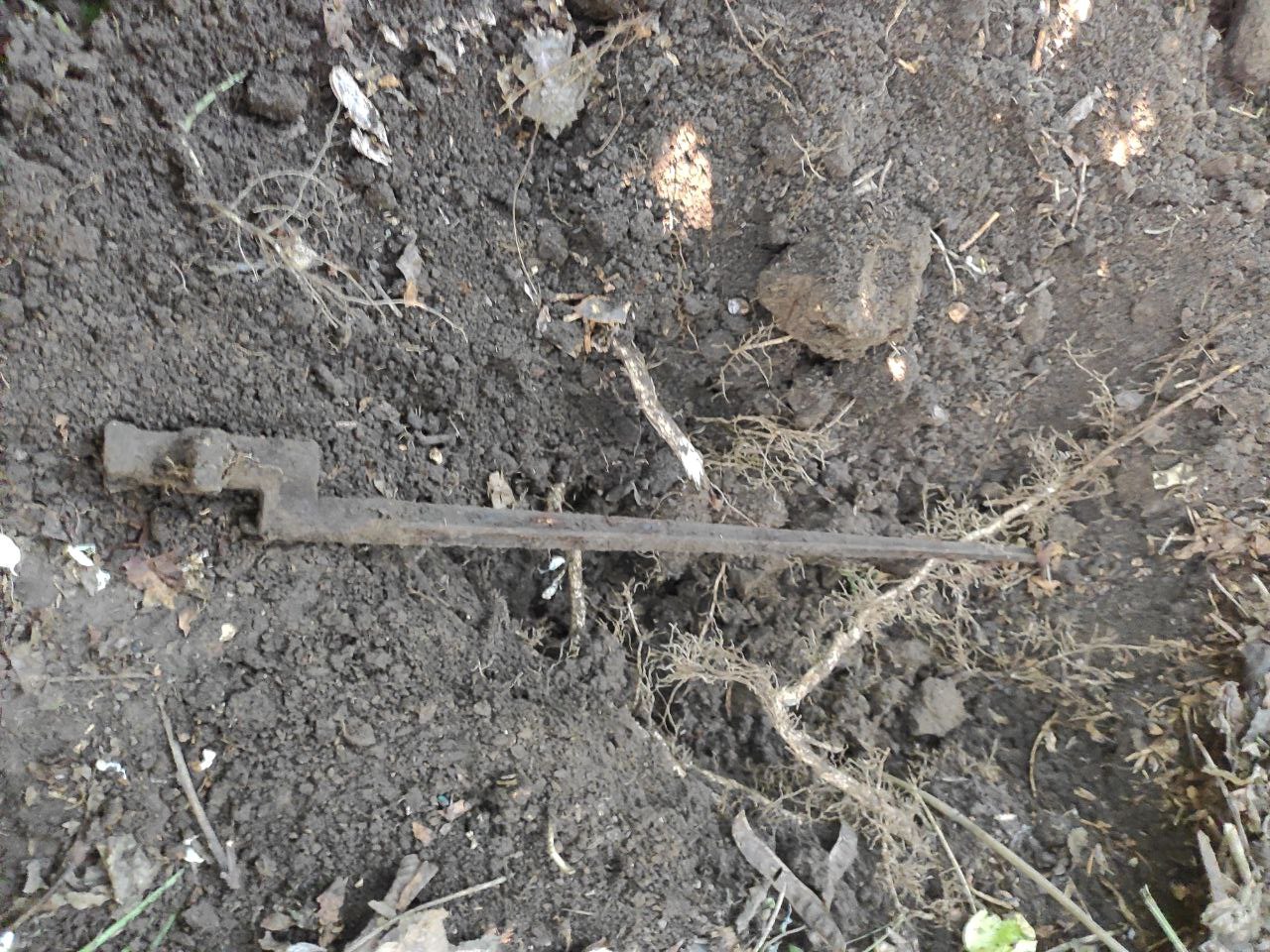 Bayonet for a Mosin Nagant Rifle.

This is a very pleasant find, a real relic of the Second World War! I was pleased, the day was a success.
But who would have thought it was only the beginning … A meter from the place where I found the first bayonet , I heard the signal from the metal detector, it was the same as the previous one .. My heart sank, was there another bayonet ?? 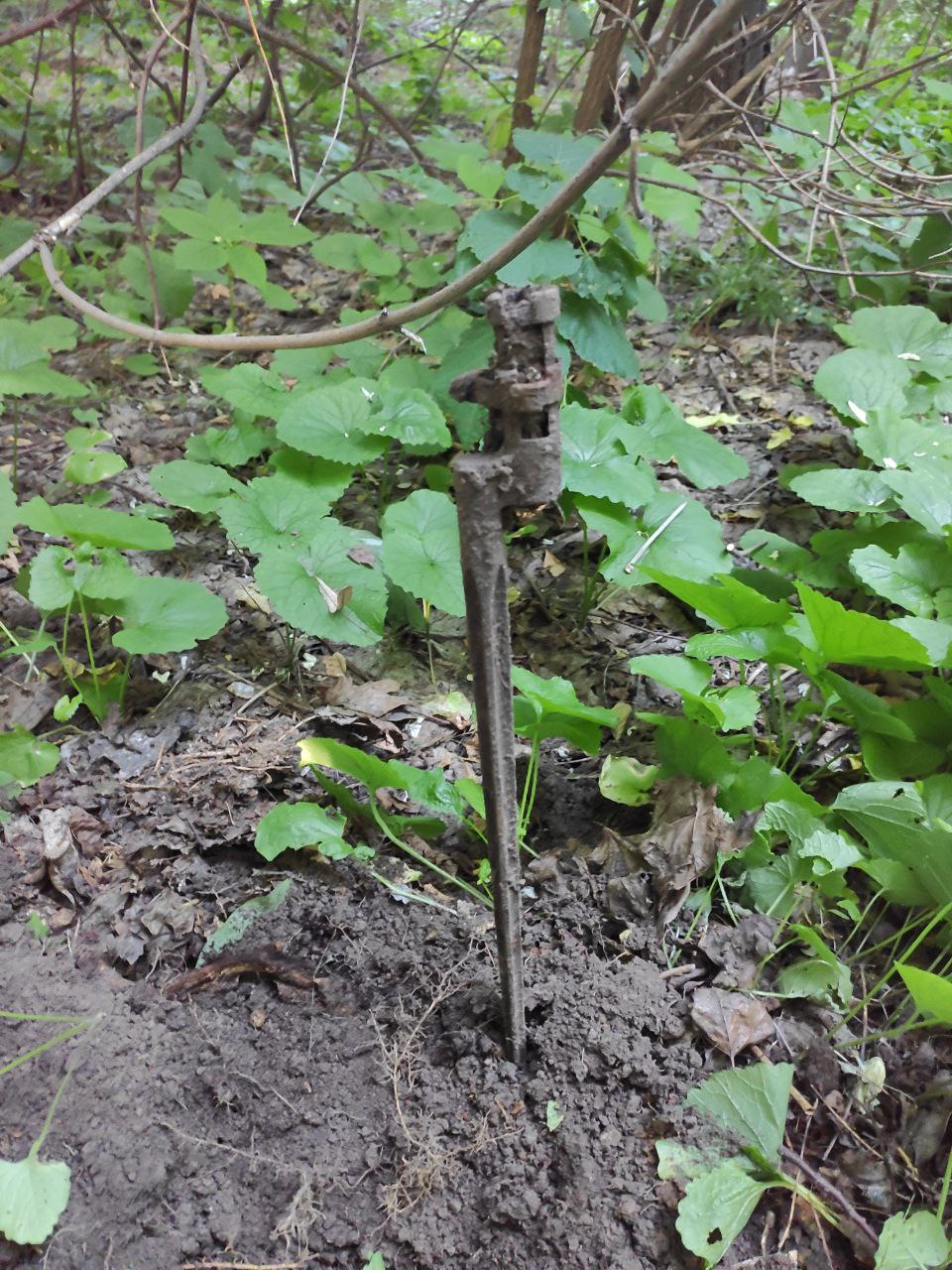 The second bayonet for the Mosin rifle stunned me!

A shovel digging, and I ran into metal, almost at the surface of the earth .. This was the second bayonet! Everything happened as if in a dream! Already two relics of WWII, in less than 15 minutes!

I was happy and ready to go home. Lastly, I decided to check one place, which was in two meters near a huge old tree.

In the summer of 1941, military operations took place in these places. The 196th Rifle Division of the Red Army tried to stop the German offensive. After heavy battles, they had to retreat with battles for the Dnieper.  Most likely, these bayonets were lost or thrown out by those soldiers. 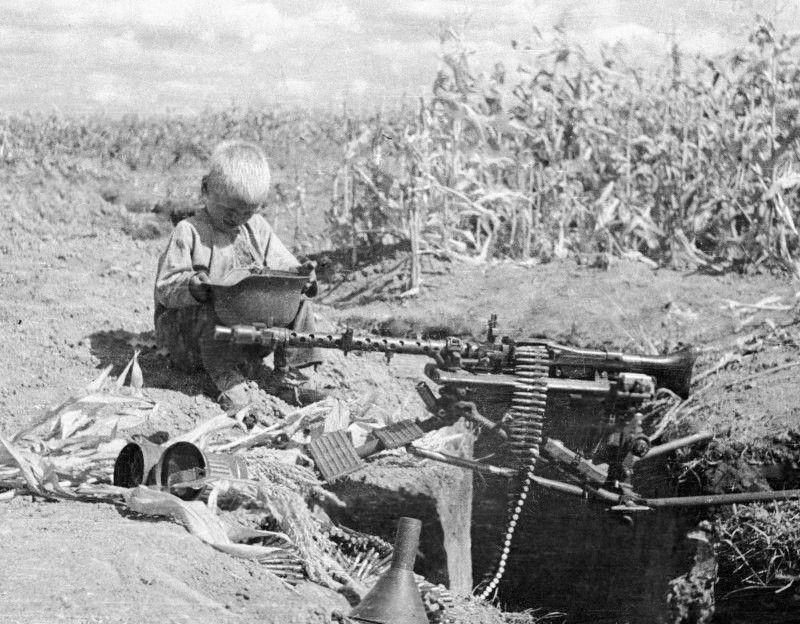 The boy is considering abandoned German weapons. In the hands of the boy is a helmet, in the foreground is a machine gun MG 34 on the machine and a manual cumulative mine Hafthohlladung 3.

In a hurry, the soldiers could throw away anything, then I thought that here you can find the rifle itself. As it turned out later, my hopes came true.  Under the old tree, I found a signal more powerful than the previous ones.

I could not believe it, but yes, I found a Mosin rifle !! 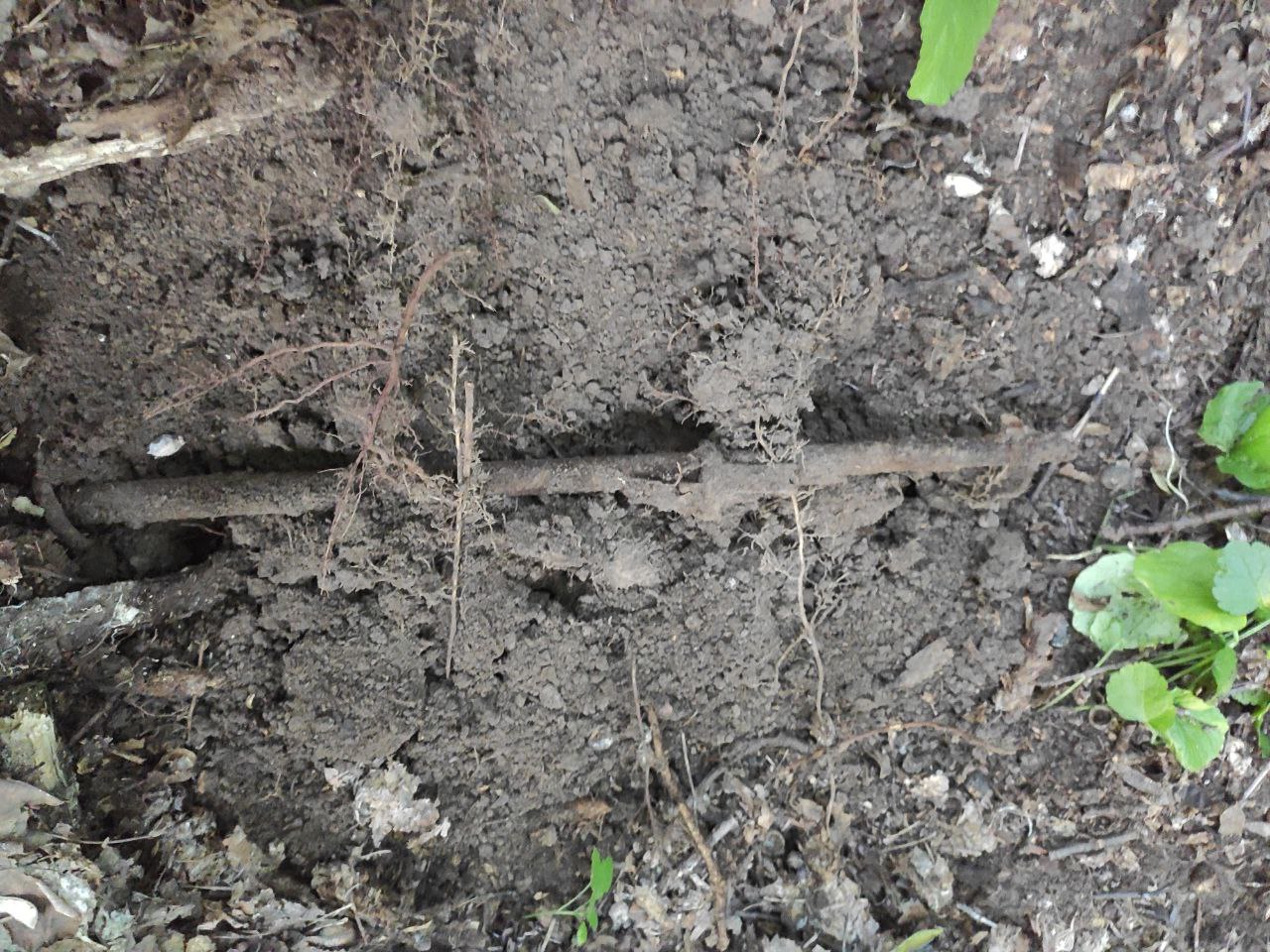 At first I saw the scope. 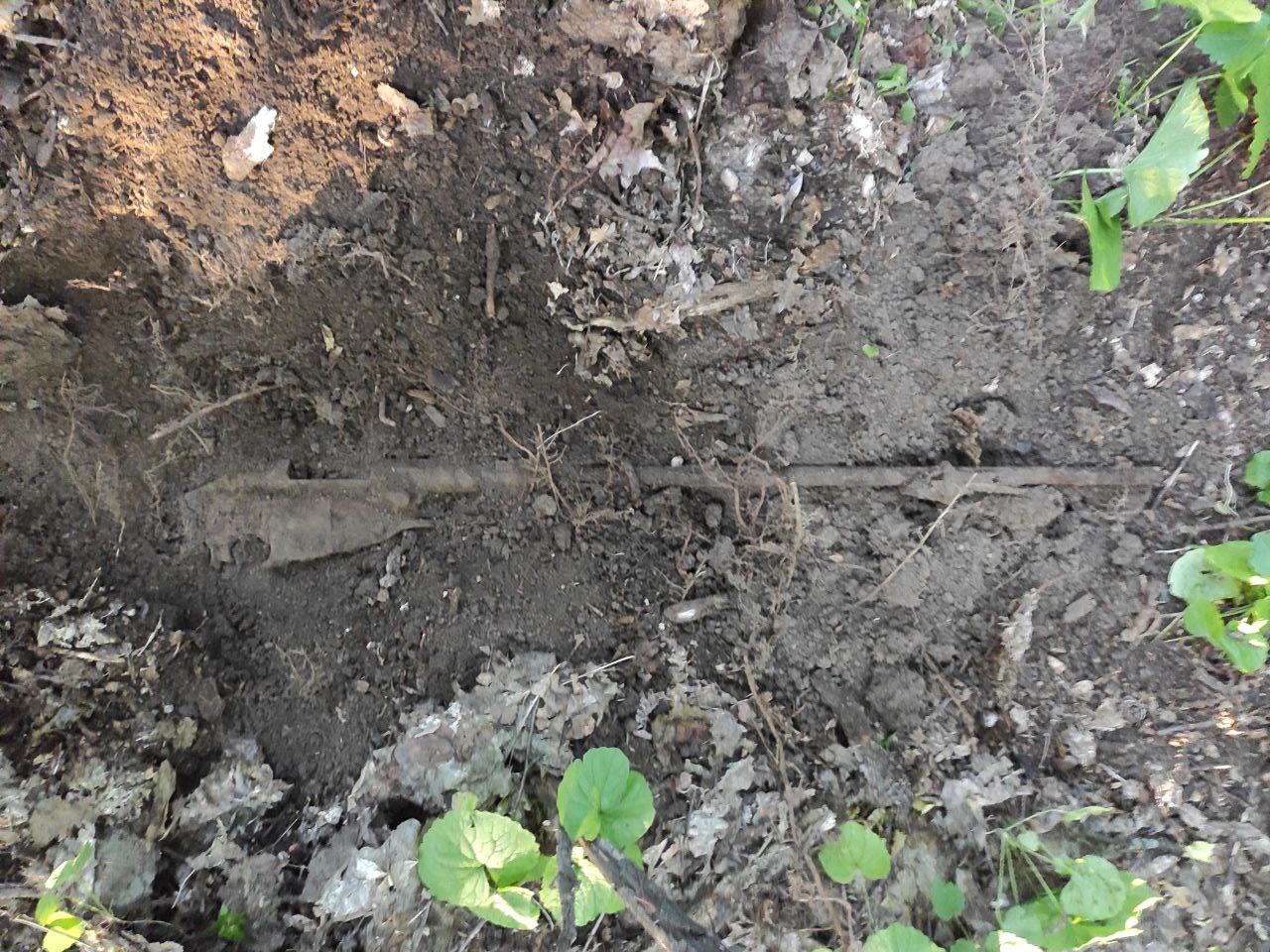 After extracting it from the ground, I realized that the rifle was thrown here by purpose. Most likely, the army suffered great losses of soldiers, they couldn’t take all the weapons, therefore, they broke this rifle and threw it without a bolt. 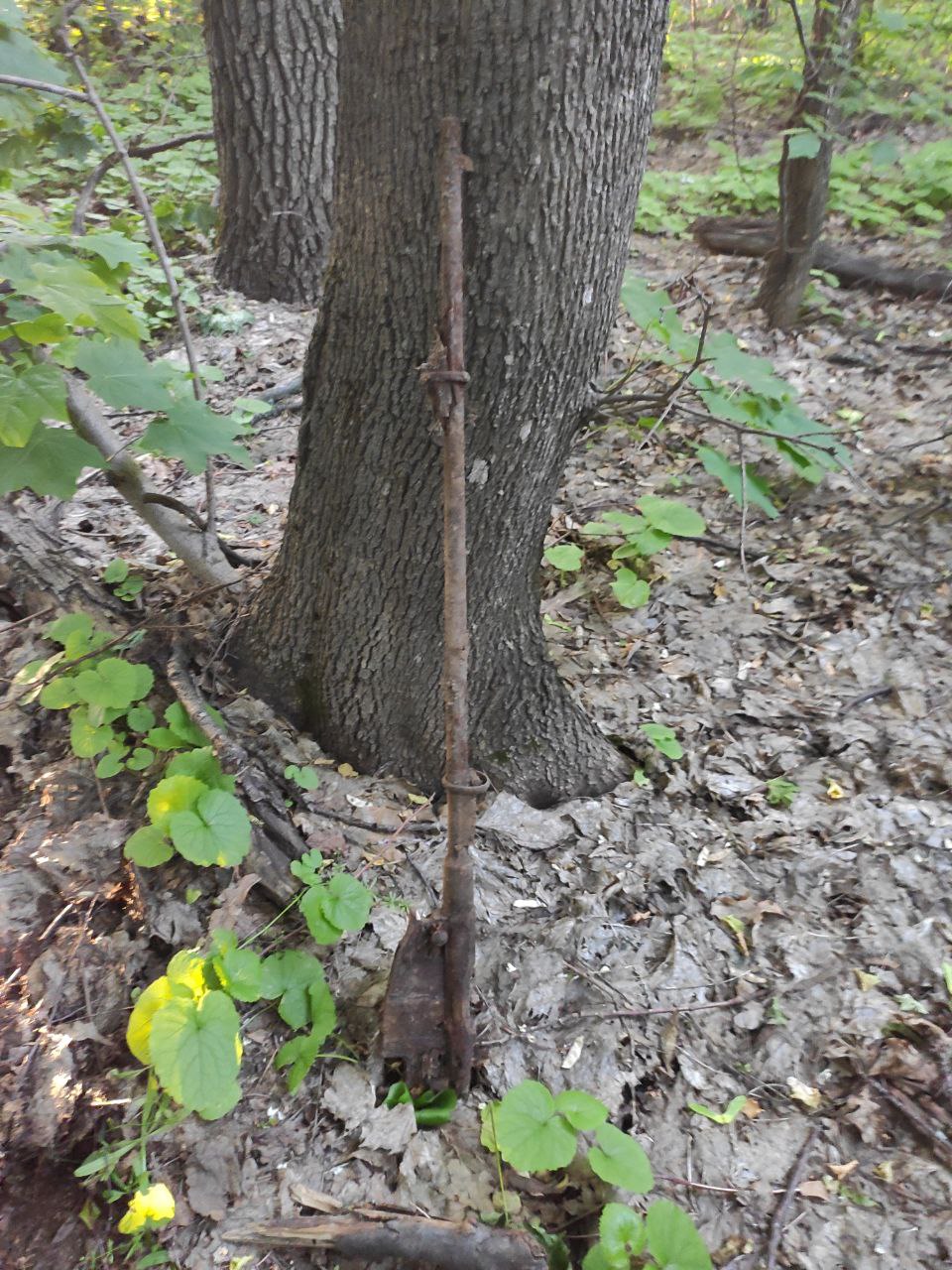 It turned out that the rifle was broken. 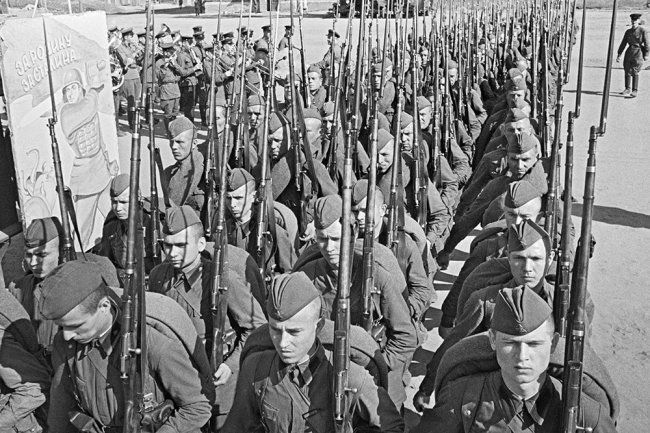 Maybe this rifle belonged to one of these soldiers?

After these findings, I was very happy! I didn’t even notice mosquito bites, which are very numerous in the forest! I forgot that on the street more than 30 degrees celsius of heat .. Everything receded into the background, after such finds.

There was little time left, I hurried home. The last thing I found on that day was a 50 mm mortar mine. A rather dangerous find. 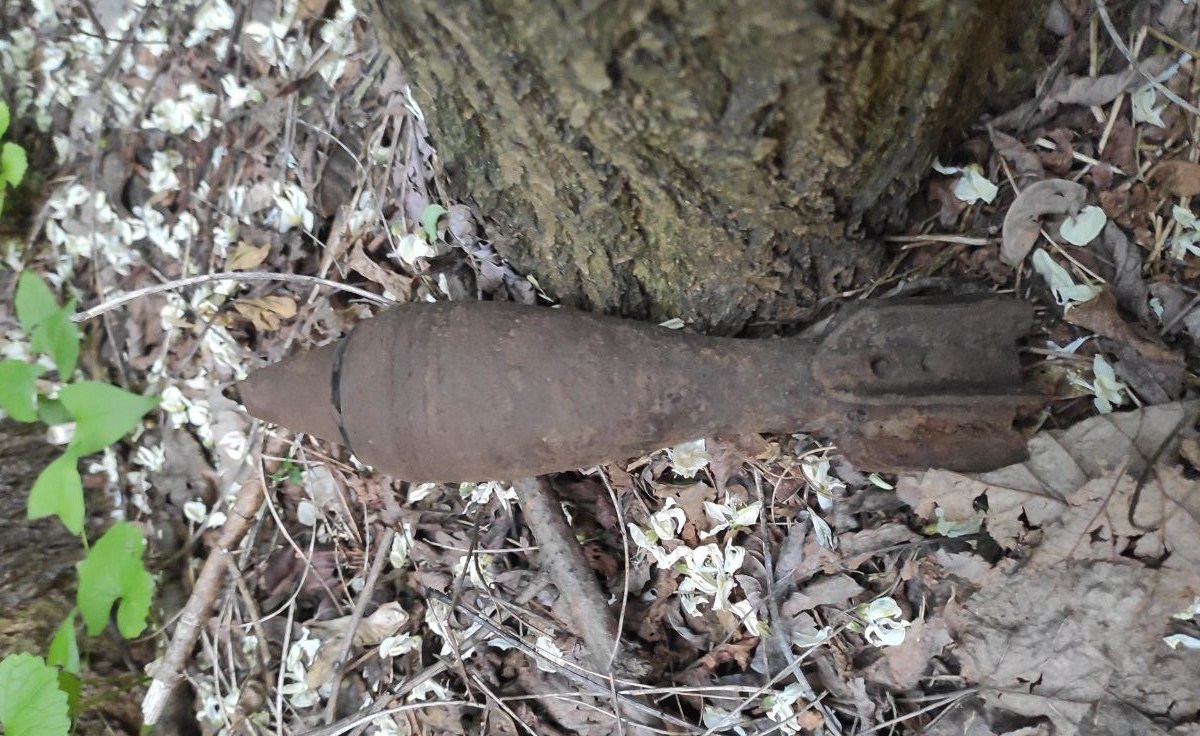 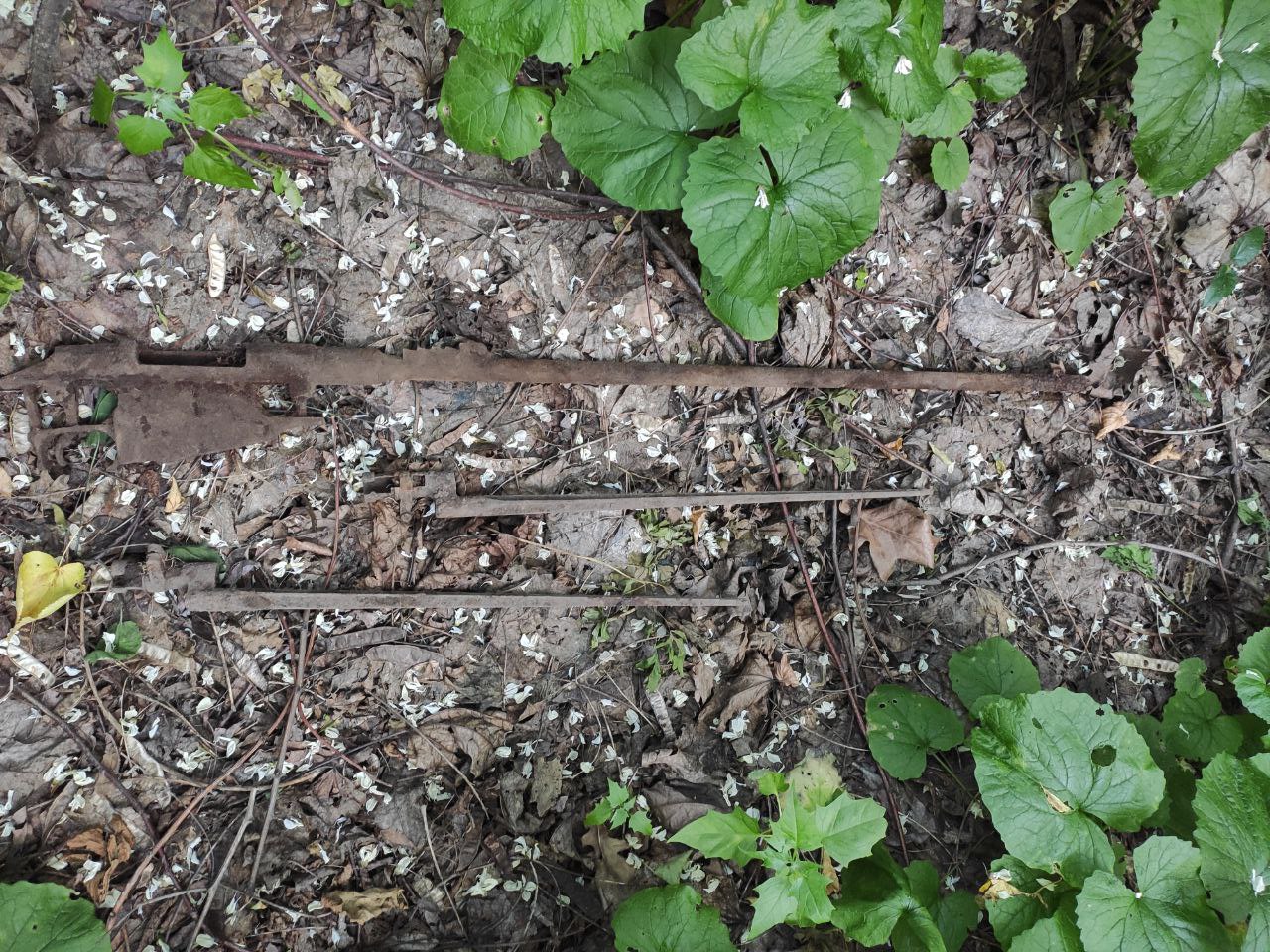 Finds of that day. Two bayonets and a Mosin rifle. Interesting relics of the second world war.

The total result of the finds is pretty good! And I am going to come back to that forest once more :)) 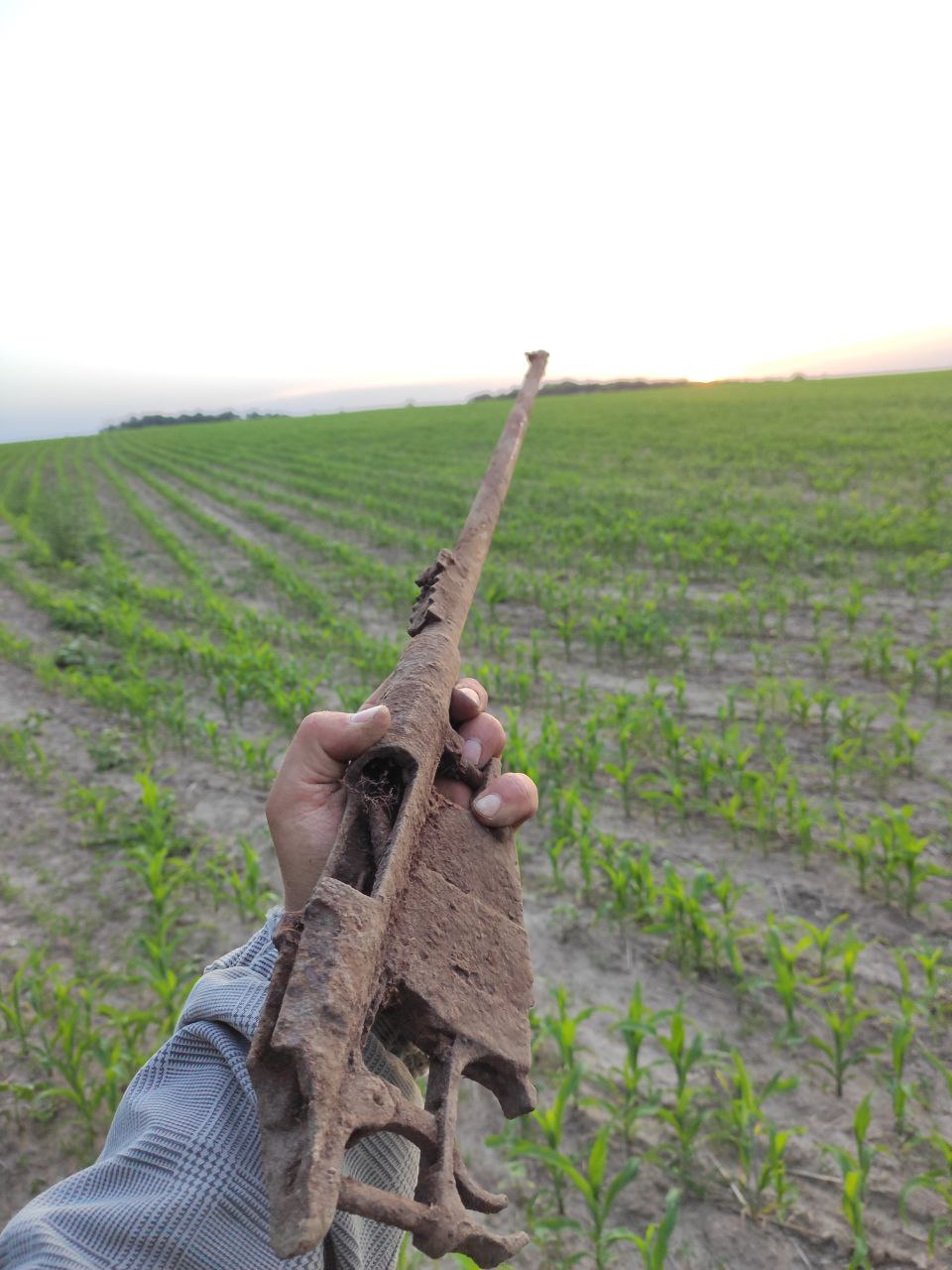 The main find of that day.